So far, via the much maligned HTC phone camera. 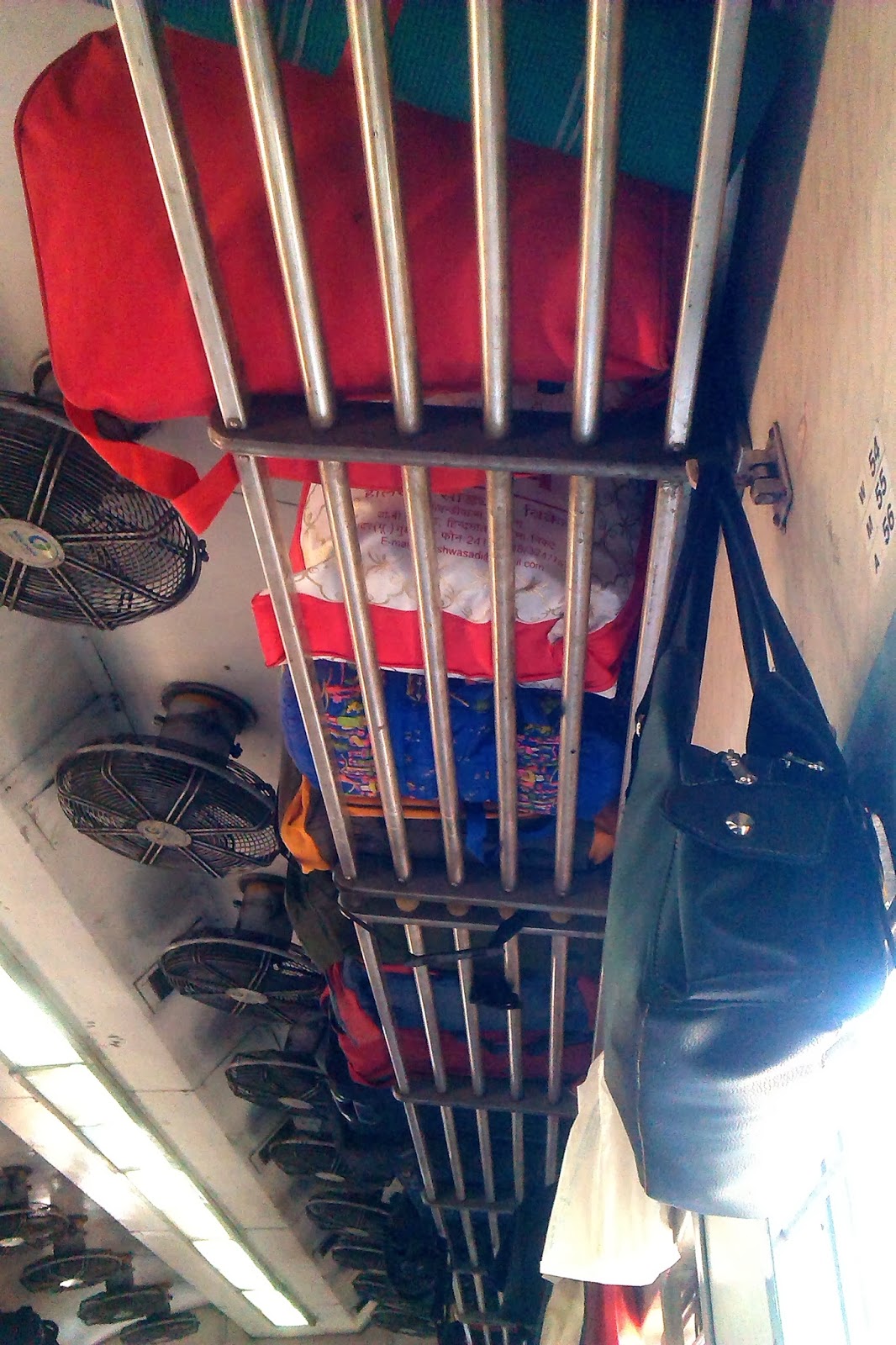 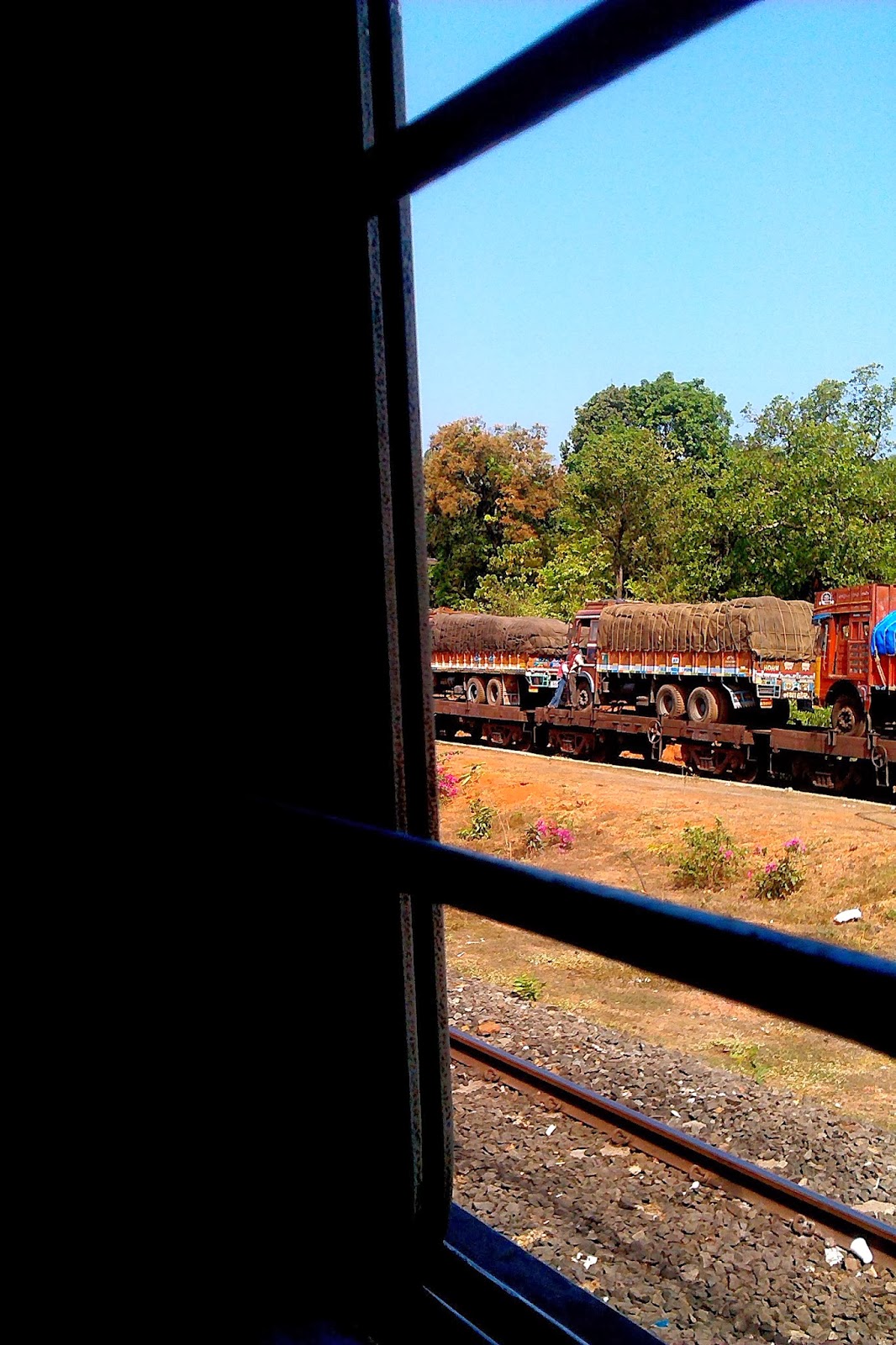 Looking for the Sun 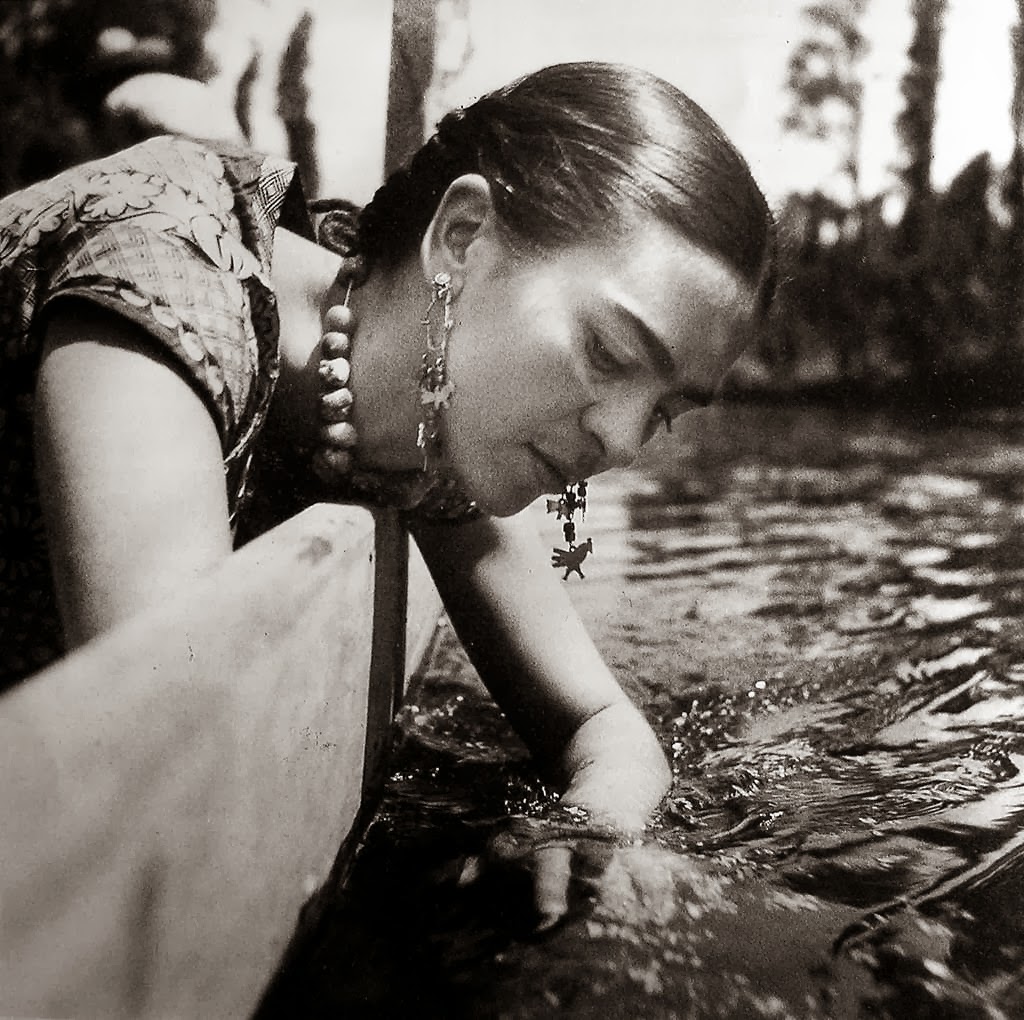 So I promise I am not plugging in work stuff but this conversation was one of the most exciting conversations of my work life. I absolutely loved doing this interview, transcribing it and then finally putting it together. Banerjee is a genius, ofcourse.

“There was this feeling of stumbling about in the city, waiting for things to happen, like the characters in the book Corridor. We all had this strange feeling that life is elsewhere. There was a sense of melancholy and this sensation that there are great things outside, while you are walking on the Ashoka Road. The evening would fall in Connaught Place and your mind would fill with expectations that something would happen, but nothing was going to happen and you were just going to go back home.”

You can read the whole piece here.

Orange is the new Black 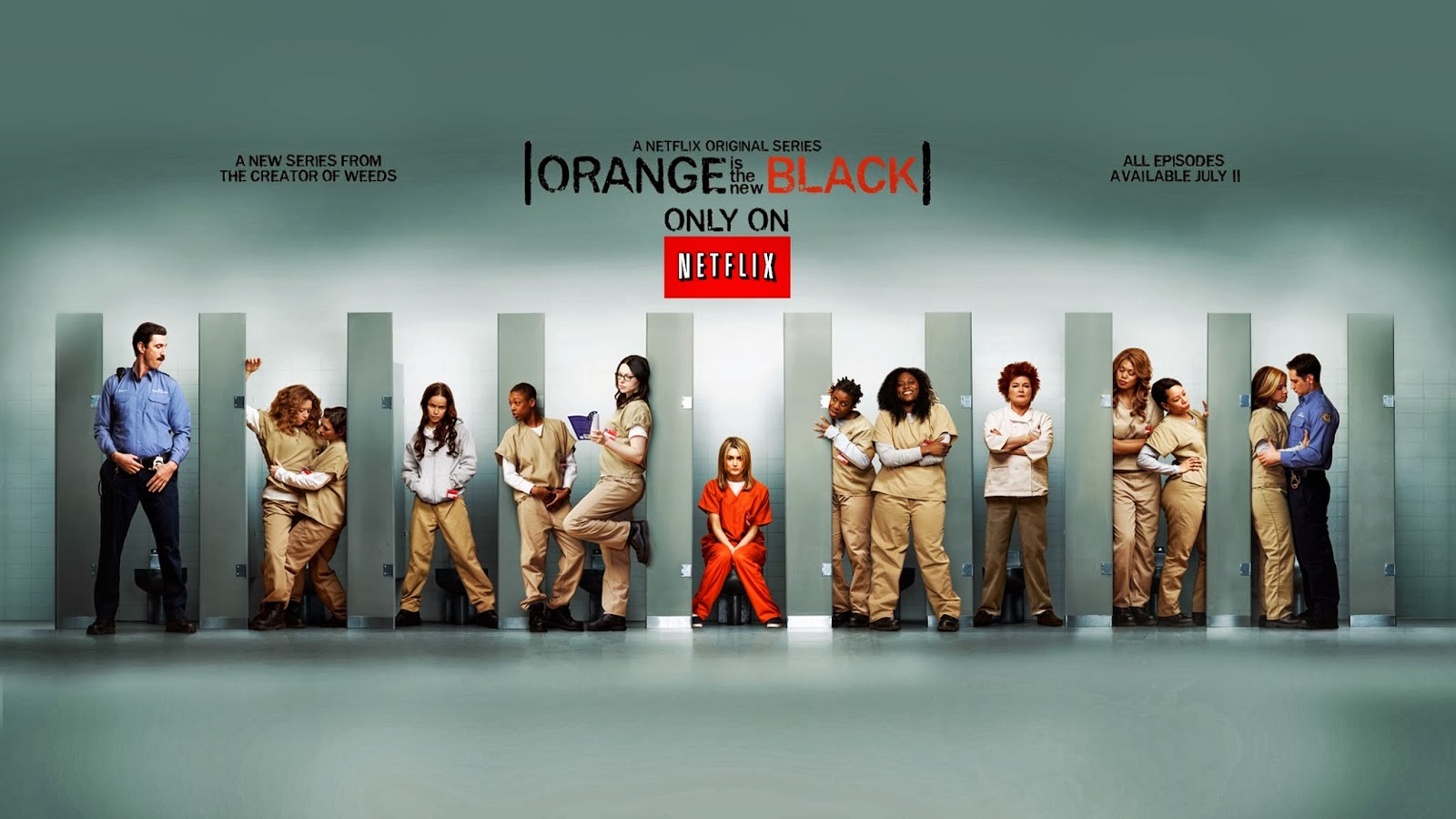 I have a few really random things to say about this show.

First, the obvious stuff. Orange is the new Black (Season one) is fantastic. It's the definition of subtle brilliant entertainment. Subtle plot, subtle dark humour, subtle characters, more or less. The coolest thing about OITNB is the moment you start figuring out any character, the character just turns around and laughs at you. Oh, oh and also, I got to know after some ten episodes that Piper Chapman is actually based on Piper Kerman. This is like the moment when I figured Jenji Kohan is a woman after watching some six odd seasons of Weeds. Kerman has written a book of the same title (love the title by the way) sketching her experience in a minimum non-security prison upstate. 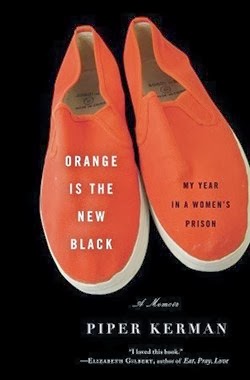 It's just funny that while I was on the fourth or fifth episode I was looking at Chapman and just falling in love with her imperfections. Everything she gets glided into, her subconscious desire for adventure, for trouble even and then her constant fear of the extreme wild, it's insanely real and I was like wow, she is going to be one of my favorite fictional heroines. And then Kerman just validated Chapman for me in flesh and blood. She is for real. That's what makes her so much more cool. I love the whole mellowness of the show. There are these wild scenes and then everything snuggles into a huge comfortable cloud. They rest and they they fall. They fall and then they go back and rest again. They show us some the wildest sides of some of the characters and then in another 5-10 minutes make them silly humans again. Mendez, probably the most poisonous officers in the jail, is left a love-fool at the end of the season. They have done something of the sort to all characters. Made stupid ones wild, made wild ones stupid. The super nice friendly uncle Healy metamorphoses into an almost murderous homophobic insecure sick bastard. It's lovely basically. In the end you will just love of them and want to enter into the lives of each one. The mini plots are woven nicely.

So don't wait. Get inside the OITNB jail now. Season two is on its way.

About 4-5 years back, my friend Urvi was kind enough to enroll me along with her in a volunteer program to teach 9-10th standard underprivileged children through this NGO called Prerana. What made these children “underprivileged” was that they were all born to sex workers or prostitutes in the red-light district area of Kamathipura in Mumbai, India. To be honest, more than opportunity to teach those children, I was truly fascinated with the idea of visiting Kamathipura on a weekly basis and may be getting a chance to talk to these women just out sheer banal curiosity.

First a bit about Prerana. I am always a bit cynical about NGOs. Don’t take me wrong, they are doing something that we all just probably will be fortunate to even be a small part of. But I am apprehensive of the holier than thou images of NGOs. Anyhow, I don’t want to justify this by any means. Prerana is probably the only NGO so far that I respect from all my heart and soul. They do some absolutely incredible and solid work in one of the most difficult spaces to deal with. They provide education, stay, guidance and most importantly, an alternative lease of life to the children of sex workers. I truly respect them.

Urvi and I used to go there post work about two times in a week. We would usually go while there was sunlight and come out from the school when the night was beginning to open its eyes wide awake. Over those few months, we had heard some despicable, some incredible and some absolutely life changing stories from those children. We both had our favorites. We both were fan of this one girl who defined what having potential meant. She was the brightest of them all. And on a few days she would come with all her signature enthusiasm but tears in her eyes. After maneuvering one day, she told us “they” were going to get her married off in a few months or so. Urvi and I looked at each other and wondered was there any way we could kidnap her out of there. This other 13-14 year old girl who was also quite good in studies was way too happy to be engaged and just wanted to finish all this off and settle down with her would be husband. We often thought she might actually be sad about it but she really wasn’t. Some of the students used to come with this fire in their eyes and some couldn’t be bothered. There was this one boy who, after days and days of tutoring and frustration, I realized was dyslexic. I actually figured out for the first time what dyslexic was. I started giving him more and more attention. He made a sincere effort while other boys in the group laughed at him.

The room was always lit up with a white tube light and there were chatais on the floor. We would often have to wait for at least 20 minutes before the children started pouring in. Sometimes there would be just a couple of students and sometimes as many as 15 would land up in that tiny ghostly room. After we would get done, they were preparing the night beds and food for some of the smaller children who spent the night in the schools while their mothers were working. A couple of times, some of the mothers visited the school while we there and they would have this look of awe and pride in their eyes.

We only taught there for a few months till their final exams which we were told that everybody cleared. Yay!

Early this year, someone from the NGO got in touch with Urvi and invited her and me to an exhibition that was taking place in JJ School of Art and Architecture. They were portraits of the kids (shadows/backs etc.) and some of the inspiring stories. After seeing the exhibition, we asked the woman (Preeti Iyer, Project Director) who has coordinated with us for everything about the girl we thought was probably the most intelligent girl we had ever met. Had she gotten married? Where was she now?

She didn’t get married. She was selected in this scholarship program to go and study medicine in another city.

And you thought there were no fairytales in life.

This was it. Magical. Real.

By the way, I am going to be updating this blog much more often now.

I started the new year's on a great and on a low note. My work situation right now is possibly what work dreams are made of. I am a freelancer now with some fixed work. On my own time. On my own space. On my own vibe. I am moving out of my (still) beloved Bombay next month. Moving to Goa to start off with, then hometown Delhi, and then wherever.

I recently had a married friend telling me that she is extremely envious of my life. To be honest, sometimes, I am envious of the person I really want to be. I am full of contradictions and I am crafted out of extremes. The extreme that actually does want to live this pure and natural vagabond life, with no strings and almost no "sins" attached is the person I am envious of. The person I still am is still far far away from this despite of doing everything that I do. My heart still lingers way too much at places, at people. Sometimes, places and people I barely know. And I still struggle with ways to express myself in ways other than too blatantly honest or completely vague. I can't hold people I actually love too comfortably. I get unbelievably awkward when my closest friend or my mother hugs me. I have only had the most honest conversations of my life with complete strangers.

I am always running away. That's one extreme. And yet constantly yearning for what I am running away from. That's the other.