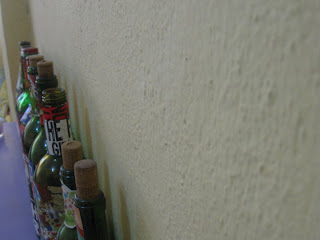 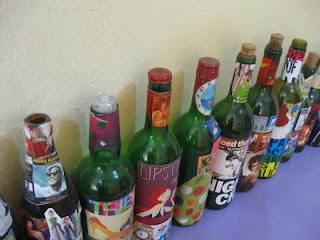 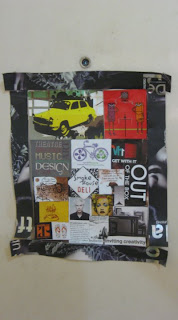 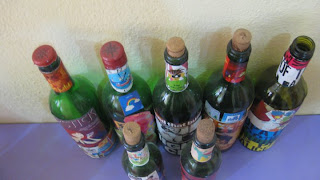 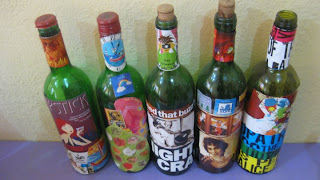 The last two plays that I saw have been the best plays I have seen so far. First one was Rajat Kapoor’s ‘Hamlet’. Second is Naseeruddin Shah’s ‘Ismat Apa Ke Naam-2’. One common thread, according to me, between both the plays is the unique style of narration. Actually the style of narration in both is equally important as the story. 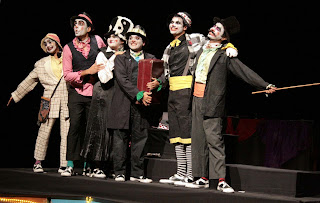 Hamlet is the Shakespear’s ‘Hamlet’ narrated by Rajat Kapoor’s clowns. Needless to say that the performances by each and every actor is spectacular. The play is extremely funny in terms of the narration. But the commendable part is that when it is deep into the story of Hamlet, it assumes great proportion of tragedy. The audience is on a roller coaster ride with one funny moment, then back to tragedy and then again back to a laughter riot. The transition is a great experience. The play is not tough on those who haven’t read Shakespeare’s tragedy. Actually, it’s a great way to learn the basic plot. But obviously puritans wouldn’t agree on that! So go catch the play and then munch on the original text later. BTW extremely handsome Rajat Kapoor sneaked in the Prithvi auditorium a number of times during the play to have a look at the lovely audience and their expressions. 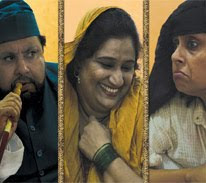 The second play ‘Ismat Apa Ke Naam-2’ is, obviously, a sequel of ‘Ismat Apa Ke Naam’. However, they are both standalone plays. These are stories of famous Muslim radical feminist writer (Saadat Hasan Manto’s contemporary) narrated by different artists. The stories are narrated in a unique way. Basically the actors are reading out the stories while enacting the dialogues. Unfortunately, I haven’t seen part one yet. Part two had three stories by Chugtai: Amar Bel, Nanhi Ki Naani and Do Haath enacted by Manoj Pahwa, Loveleen Mishra, and Seema Pahwa respectively. Great great great performances. The Urdu diction of each actor was impeccable. And ofcourse, I am not even getting into the immensely beautiful writing by Chugtai,. That deserves another post in itself. Must watch. Dying to see part one now!
Posted by payal.k at 2:11 AM No comments: