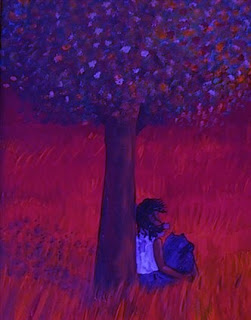 Except for the name, she almost remembered everything. It was quite difficult to comprehend where she was and what was happening. It felt like she had risen from her ashes and was slightly dismantled. A distorted Phoenix!

She waded through the water and decided to explore the nearby land as she was keen to figure out what place was this. As she walked, she plucked the lowest hanging jackfruit to satisfy her hunger. It had been quite a while and she had walked few miles in and around the apparent jungle and was convinced that she is in her or someone else’s dream. She pinched herself and got hurt.

There were birds everywhere, multi-coloured. The blue of the sky was fading away. The clouds were being blown away like smoke. The grey was the new garb.

She decided not to wake herself up as it was quite a dream!

“I really love you...I really do,” she fondly remembered her drunken voice. She brushed aside the thought. It was little difficult to walk around now as the night had gathered all around her. The moonlight was decent but the dim darkness was slightly scary. Her eyes felt heavy. “Sleepy in a dream...now that’s funny,” she smiled.

“What happened before I was in the water?” She again jolted herself back from the thinking mode. She curled up against the tree, tying hard not to close her eyes.

She suddenly woke up with the humming sound of a cuckoo who was sitting really close to her. It looked at her in a way like he was eager to please its special guest.

“This dream will be worth remembering,” she thought.

“The last two years have been like two lives for me. They have been like heavy stones on my back while my back had a masochist personality! So what do you propose?” The memory of her drunken voice irritated her.

She tried to concentrate on the birds sitting close by. The stars had also begun to add glitter to the grey of the sky. It felt like a quiet, romantic party.

“Let’s just take off....in different directions,” she was confused as to whose voice it was. She got highly irritated this time and tried to nudge herself out of the dream.

Convinced it was over, she opened her eyes and saw the cuckoo still staring at her in amazement. The party was still on.

She was finally convinced.

“I want a new beginning...of everything,” she remembered the last thing she had wished for!
Posted by payal.k at 7:26 AM 3 comments: 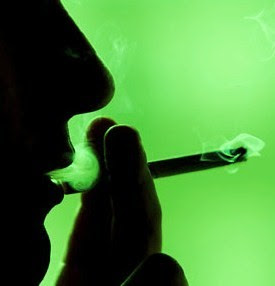 The thought was so long,
It never would end.
He stretched it for hours and hours,
Years and years.
He sat on the table with his legs on the chair,
Against the window,
Away from it.
The book had no more pages.
The waves had no more noise.
He lit a cigerette and romanced the smoke.
He inhaled and inhaled and seldom exhaled.
But there was too much smoke in the room,
It cut across the window,
Headed for the sun.
The bright light was too dazzling,
He drew up the curtains.
There he sat in the room,
All by himself,
And the residual smoke.
Curled up in the thought.
The thought was so long,
It never would end.
Posted by payal.k at 10:51 AM No comments:

So this is how the story goes...My friend calls me up and says "what the fuck is up with ya. You are no longer single." First I thought either he has smoked up, or he is just too bored in life...n as far as I knew I was still not dating anybody (so technically m still "single" as far as i knew)...Then he revealed his source. It was Facebook who had declared to my list of friends that I was "no longer listed as single".

Now, technically it was true...I was no longer "listed" single on stupid Facebook...I had edited the Information block on Facebook and deleted all the personal info like my birthday and relationship status...So that gave me a news feed that you are no longer listed...blah blah blah....I immediately deleted it and presmed that if i am DELETING it that means i dont want it as a news feeed about me...But surely Facebook could not really comprehend what I was trying to convey...

So there goes a news feed to all my friends declaring that I am no longer listed blah blah blah...and most of my friends got happy or excited or curious or surprised or...So I got some messages, some pings on gmail, a wall post, some phone calls!... so not bad ha!

I term it as a "Facebook mishapp"... Anyways, it's just a funny incident n its kinda funny how a recluse like me actually had to define my "relationship status" to people....:)
Posted by payal.k at 4:47 AM No comments:

I crib a bit too much. 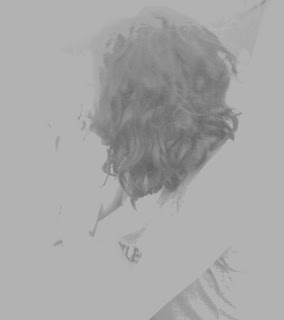 Every morning I make a resolution only to break it at the twilight.
I walk on the sea waves and refuse to believe that its a mirage.
Take me to the door of earth,
I am looking for a new land.
No place is ever where I want to be!
I can't live one moment for a long time.
I need a moment for every moment.
I pick and throw them as and when I need.
I love love.
Love tells me I am volatile.
There is no control on the stars that fall,
I am but just a shadow in the sea.
I walk on the ground and look at the glass to feel that I am flying.
Make belief? Reality? Imagination? Dreams?
Don't confuse me.
I am already confused.
Let me be.

We are not going to sell Dreams anymore,
Shutting down the shop forever.
Everyone seems to just window-shop,
Nobody ever wants to buy.

They have been rotting for quite a long time.
They complain often.
They are sick of it.

People will scrape to find the walls, the windows,
But there will be none.
This shop is shut forever.
It is going be chaotic, but we will face it now.
Posted by payal.k at 11:27 PM No comments: