Intoxication in copious amount
But different for both of us

Email ThisBlogThis!Share to TwitterShare to FacebookShare to Pinterest
Labels: Random

So for my first drinking session after moving back to Delhi about six months back was at this place called Q'Ba in the heart of the city (Connaught Place). I was just settling down alongwith two friends when a sweet waitress walked upto me and showed me the menu. "Ma'am, these are the six mocktails that you can choose from." The naive and worried me quickly asked her why isn't the bar serving alcohol. Its not a dry day my sweet friend. To which, she said that "we serve alcohol only to people who are over 25 years of age." (I'll come back to this point later with a sharp and incisive critique) and I said, well, don't worry, I am 26 (I am 26!) . Then that absurd fool, not knowing who she was messing with ;) said, "Now, Are you really 26 ma'am!!!!" with a stupid mischievous smile.

I swear I wanted to punch her left eye so hard that it became a disgusting blue colour. What kind of condescending behaviour is that! Can't you just simply request to see someone's id!! Whats with all the offensive behaviour!!! Fools. However, I was forced to calm down by the two friends who were in splits at my expense.

The second part of the argument: Why, for the love of devil, would you make the drinking age to be 25 in Delhi!!! Do people in Delhi mature a little later than say people in Bombay. So, go ahead, you can f**K whoever you want as soon as you turn 18, but sipping on a glass of chilled beer is a task that requires an enormous amount of maturity and deep thinking that, ladies and gentlemen, can only be acquired when you become 25 years old in Delhi!!!

I first got hooked onto it mainly because of the title. This week's recommendation, ladies and gentlemen, is BADASS OF THE WEEK (click on the link)... If you haven't already guessed, its a list of all the bad-asses of the world, which are basically the coolest and most happening guys out there that you must absolutely know about.

And as our super talented author puts it, "You should probably also be aware that this site features an unnecessarily copious amount of profanity, so if you're easily offended by that sort of thing then this would be a good time for you to turn off your computer and go join a convent."

Man, what an absolutely wonderful and rocking site :) Loving it

Email ThisBlogThis!Share to TwitterShare to FacebookShare to Pinterest
Labels: badassoftheweek.com, Recommendation of the week

""Don't you just love it?" she said. "Every day you stand on top of a mountain, make a 360-degree sweep, checking to see if there're any fires. And that's it. You're done for the day. The rest of the time you can read, write, whatever you want. At night scruffy bears hang around your cabin. That's the life! Compared with that, studying literature in college is like chomping down on the bitter end of a cucumber."
.......
"Sumire was a hopeless romantic, set in her ways - a bit innocent, to put a nice spin on it. Start her talking, and she'd go on nonstop, but if she was with someone she didn't get along with - most people in the world, in other words - she barely opened her mouth. She smoked too much, and you could count on her to lose her ticket every time she rode the train. She'd get so engrossed in her thoughts at times that she'd forget to eat, and she was as thin as one of those war orphans in an old Italian movie - like a stick with eyes."

Well, that's just an introduction to one of the most brilliant books I just read-Sputnik Sweetheart by Haruki Murakami

PS: I can fill pages just writing about this book. That's how much I loved it and thats how much I could relate to it. However, one thing that has been my biggest and most personal takeaway from this book is the "ability" to write for oneself and thats exactly what I am gonna do now.. :)
Posted by payal.k at 5:46 AM 2 comments:

Recommendation of The Week

This week's recommendation (4) is a really yummy blog http://lobstersquad.blogspot.com/

I don't remember who recommended this to me so I can't give that person due credit.

Anyhoo, check out the blog from this interesting lady from Madrid, Spain, who is "currently living in Scotland with my husband and baby daughter and son. In between drawing and cooking, I sometimes post a little bit about both." Very interesting :)
Posted by payal.k at 3:59 AM No comments:

Email ThisBlogThis!Share to TwitterShare to FacebookShare to Pinterest
Labels: lobstersquad.blogspot.com, Recommendation of the week

Recommendation of The Week 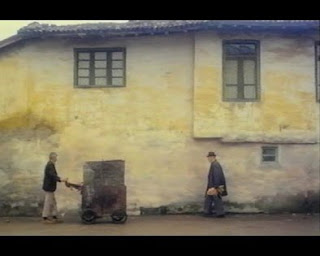 I have already endorsed this to some of my friends but for the rest of you, the recommendation of the week (3) is this really wonderful short film by Abbas Kiarostami on YouTube in two parts. Click on the links below and enjoy! :)

Email ThisBlogThis!Share to TwitterShare to FacebookShare to Pinterest
Labels: Abbas Kiarostami, Movies, Recommendation of the week
A frenzied heart
In a broken town
Posted by payal.k at 3:10 AM No comments: 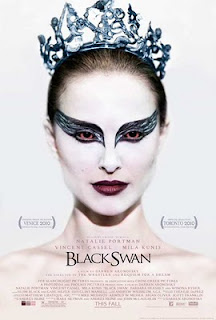 My first reaction to Black Swan was dark, cryptic and spectacular (not necessary in that order!).

According to me, the movie is about dark human psyche. It explores pain at various levels. Its explores sadism and narcissim in one single character, Nina (played so wonder-fu*king-fully by Natalie Portman). The physical pain that is induced by dancing is beautifully merged with the physical pain that Nina inflicts on herself. The character of her highly sexual and provocative rival Mila Kunis is shown to be sort of her alter ego which is dying to confront her "virginal" self.

A whole lot of things in the movie are interestingly open-ended. The character of the ballet teacher, the sex scene between Natalie and Mila, mother's existence, Natalie's "black" version and the movie obviously ends on an open-ended scene where you dont really know if Nina has actually died...The last scene reminds me of the spinning top in Inception's last scene.

This movie is actually like a dream book for any English literature student..hehe. There is just sooo much analysis that can be done which is all too personal, different for everyone. Well, I would say, must watch the movie! And figure it for yourself.

PS: What amazes me is some of the stuff I read on Guardian.co.uk/Films about the movie. Its totally cool to have a zillion different perspectives for the movie but how can you analyze the movie at a literal level. Its so fucking obvious that a majority of the things in the movie are pretty metaphoric and symbolic.

Again, a lot of people are talking about how the movie has not done justice to the ballet world and more sadly about how Natalie Portman's dancing skills are not upto the mark.!!! Thats the silliest of things to talk about. Anyways! One of the best write-ups about Natalie's character Nina is in NYT. Read it here.
Posted by payal.k at 5:03 AM No comments:

Recommendation Of The Week

This week's recommendation (2)is one of my most favourite sites- http://www.notcot.org/
I guess a lot of people know about it already. However, for those who don't, its a HIGHLY recommended site. Its a lovely collation of a lot of wonderful web links. Its my daily dose of inspiration and entertainment both. They update the website regularly. It can take you to some really interesting places on the web. So have fun and if you fall in love with it, you surely know who to thank....:)
Posted by payal.k at 12:37 AM No comments: