There is a poem,
Trying to peek into the mirror.
However, it shall not be reflected.
The muse's soul is tattered,
With a cover of steel.
There is a light at the deep end,
Harsh and dim.
The words are turning around,
Some of them are just melting,
Some of them playing a trick.
They trickle down the lovely face,
Not mine,
Not yours, for sure.
This shall be a prayer,
A curse,
A lover's plea.
This poem shall not be written.
Lets celebrate the blank mirror for once,
You and I know how blissful it is.
Posted by payal.k at 4:13 AM No comments:

Email ThisBlogThis!Share to TwitterShare to FacebookShare to Pinterest
Labels: Music

My Dreams by Deepti Naval

"My dreams
Look for the real thing
And my reality
Chases a dream!"

Read more poems by Deepti Naval here: http://www.deeptinaval.com/poet-BW-index.htm
Posted by payal.k at 9:24 AM No comments: 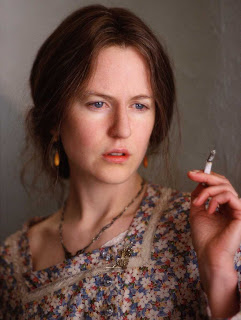 Is it just me,
Or does each lamppost on the road,
Looks extremely lonely to you as well?

Do you think that the long train passing by,
Looks like a glimmering snake,
Entering into the night,
To be eaten alive by it.
Have you ever wondered,
That your lover might be on it?
I have.

Have you ever walked across a chaotic road,
And just a few blocks after,
Walked into the most perfect moment of your life?
A full moon,
Amidst skyscrapers, next to a tall coconut tree,
In the blue sky.

Have you ever gotten completely dissolved,
Inside a strange alcohol bottle,
Waiting for no one and nothing?
Posted by payal.k at 12:14 AM No comments:

"You suck!", said the basketball teacher and the music teacher

Recently, while talking to a few friends on the topic of mysteries behind my weirdness, I found myself reminiscing about two important incidents that happened in my school life. Actually make that three please. The first early incident happened when I was in a school called 'Little Flowers Public School' (!!?!??). Usually, most Indian parents share this common obsession of making their kids perform some stupid dance or song in front of the relatives and neighbours and sometimes in front of strangers too. But my parents took this completely ridiculous exercise to a whole another level when they agreed to my stupid school's selection of the song for an annual function or some shit like that. So ladies and gentlemen, brace yourselves. I was made to dance on the song 'Nagin'. Yes 'Nagin', from the movie Nagin (Yes, there was a movie called Nagin) in which Sridevi plays an Ichadhari Nagin (where a female snake and a woman co-exists in one body!!!!!)). So I was put inside a black jumpsuit with a plastic black snake stuck on my head and to my utter dismay I was made to copy Sridevi's out-of-this-world weirdest dance moves ever on the school stage. I was in third or fourth standard and lived with this humiliation till about eighth standard after which I moved to another school.

My next school was called Harvard Academy. (There is absolutely no connection with Harvard University. Oh actually there is. So the connection is that the director of my school had studied at Harvard University for a brief period of time and decided to name this school Harvard Academy! Yes, I know. WTF. Believe it or not, a few years back, Harvard University actually filed a case against the school and now the school is called Hillwoods Academy. Ofcourse, this also provided fodder for me to write a deep philosophical story called 'The missing school') Anyhow, moving on. So when I was in ninth standard, I decided to try my hand or rather my throat at singing. I joined the optional music classes with two other kids of my class (out of the class of about 50 kids). So the first few classes went okay, from my perspective ofcourse. I thought may be I have found my calling, atleast in my school life and soon Harvard Academy would know what a talented shy singer they have had all this while) But after a few classes, one day my teacher called me to a corner, not at all far away from where the other two students couldn't hear us. So she goes on like this, "Even if you sing amongst 20 other people , I would be able to figure out your voice" For exactly 10 seconds after that, those were the greatest words of praise I thought I had ever heard. I thought I was gifted with a really unique voice. But then she shattered that vision and told me that I was probably the most out-of-tune singer she has ever come across. It took me a long time to recover from this and now I can only hum within the confines of my four bathroom walls or when I am really drunk.

Another blow came in the form of my basketball teacher. So for about two years, with my limited gift of height, I tried my level best to play basketball. It seemed so much fun and glamorous. I was constantly aware of my sports teacher's disappointed look every time I sucked at the game which was practically 90% but I continued trying. Then one day, she finally when she was left with no choice, she asked me to leave the team! Thankfully she wasn't as heartless as the music teacher. She just told me that I simply sucked and I should try other sports may be, Table tennis. To give her credit, I can play decent TT. And badminton too. And I am good at darts too. Bowling too. But never attempted playing basketball again.

So don't know how do these incidents and these few weird ass teachers have actually contributed to making the weird version of me, that you have had the pleasure of knowing now. But I have a feeling that they have. :p
Posted by payal.k at 5:15 AM 1 comment: