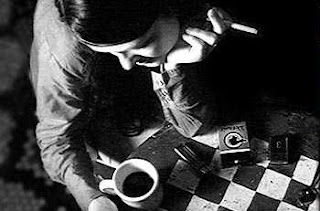 I can have the privilege of calling myself ‘jobless’ these days. I like the term (so far). There is some kind of ‘return to innocence’ feeling in this state. I am kind of sandwiched between past and future work but I am still making the most of this present. I am discovering ‘nothingness’. For me, nothingness does not equate to being blank. That’s a state which is too ideal to be true. However, it is about (how Jim Morrison puts it) a state of travelling to subconscious.
Started with reading Shadow Lines again (for the sixth time now). I am reliving it in words, in pictures and in my imagination. What better way to start nothingness than reading ‘A place does not merely exist, that it has to be invented in one’s imagination’. ‘One could never know anything except through desire, real desire, which was not the same thing as greed o lust, a pure painful and primitive desire, a longing for everything that was not in oneself, a torment of the flesh, that carried one beyond the limits of one’s mind to other times and other places, and even, if one was lucky, to a place where there was no border between oneself and one’s image in the mirror.
Followed with a movie called ‘Coffee and Cigarettes’. Inane, open-ended and find-your-own-meaning conversations over, yes, coffee and cigarettes (well, most of them!). Amazingly beautiful overhead shots of the banal cups filled with stimulating coffee and an ash-tray filled with the butts of often claimed-to-be pacifier. I could feel nothingness throughout.
Followed with real conversation over real (and badly made) coffee. Good conversation though. Minus the cigarettes this time.
Walk through the bustling street. Lights and traffic whizzing past. Looking and yet not looking anywhere. Eyes on the blocks of foot-path. Counting a number of things and making patterns.
Sleep. Dreams. Forgettable good dreams.
Stumbled on a page on Charles Dickens. A question was once asked (to this effect): How do you create these characters? Charles: That’s a mystery unfathomable’.
More movies: Water Lilie. Journey into the psyches of two adolescent girls, grappling with their sexualities. A very well clicked picture of a complex subject. Disturbing and beautiful. Water becomes their freedom in the end.
Confessions of a Dangerous Mind: Puzzling till the end. Tribute to imagination. Wild imagination. Create-your-own-world imagination.
Nothingness is short-lived. Have work tomorrow. And I am excited as hell.
Posted by payal.k at 12:00 PM 3 comments:

No more “silent” movies! Why?

A Mallu friend went to Matunga to buy some kickass Tamil and Mallu movies. While we rejected his idea of watching the original version of Bhool Bhulaiya, we decided to watch Pushpak, India’s first and only silent movie featuring Kamal Hassan.
I had seen the movie when I was young but fortunately I barely remembered anything about it. There began a riot; A non-stop fantastic riot.
It is a superb movie-a masterpiece. It is full of grey humour which is the classiest form of humour, according to me. Obviously the biggest highlight is that it is a silent movie which is beautifully adorned with fabulous sound effects and music. There are even some signature tunes assigned to various characters. The character of magician who makes the most effective use of his art of magic to fool his wife is fun. Hassan is obviously THE STAR of the movie. The drunk guy, beggar and Hassan’s girlfriend make a mark too.
Anyways, hats off to everyone who pulled this one. Making a silent movie which is super slick is just awesome. And I so wish one of our current age ‘indie’ directors try out something in this genre!
Here’s a small clip for those of you who still haven’t seen this one.
Posted by payal.k at 1:14 AM No comments:

I am often tempted to look back
Walk through the glass doors again
Crack them as hard I can
I chuckle a bit at the thought
Lie curled between the spaces
It never happens twice they say
I laugh at them and at myself
There are no two suns
No two moons
I want stars which are in millions
I stir the thought a bit
Stretch it for all its limits
I fool myself that I want to break it
I walk listless and high
With the thought lurking in the sky
I wonder why I do this to myself
A great sunrise is by my bed
I toss and turn and lock myself in the night
The thought, at all times, by my side
I am not in love
Yet I have never been more in love
Yes, with the thought ofcourse!
Posted by payal.k at 2:03 PM 2 comments: