We recently heard from a friend of this blog (owner) that she doesn't have access to us in her new office. Now the fact is that we are used to such step-motherly treatment at many of those staid boring corporations which believe that their employees should never be exposed to our "big bad" social network work. We feel sorry for those poor folks but we are dealing with it.

But here, we were shocked as this friend works in a publishing house. Now come on guys. Media without social media? What the *&%#! As our users know that we have opened a wide range of opportunities and a unique platform to express yourself. Of course, we expect you to use your discretion while you are using us. While we help you keep in touch with your friends (which we are totally proud of), you can use us for a lot of professional networking and to show that hitherto unacknowledged intellectual side to you and other such high level stuff. This is specifically for me 'Twitter'-A lot of news first float in my body before I vomit it out to the world wide web.

We have been subjected to a lot of shit since the time we started but we continue to take it in our stride. This blogger gentleman on Guardian, for example, has tried to quantify my (Facebook) evilness! See even if a dog wants to use us using a human face, where is the problem. Since when did we start doubting dogs' intelligence!

So come on guys. Just try us out once and we promise you you will fall in love with us. We appeal to the current users that do not take the detractors seriously. We can be of much help. Just be careful with us and we will shower a lot of love and affection (and friends and followers) on you.

Guys, have started a new blog
Its basically all the cool stuff in the furniture market. I am damn kicked about it. Do let me know what you think.

That Girl in YELLOW BOOTS 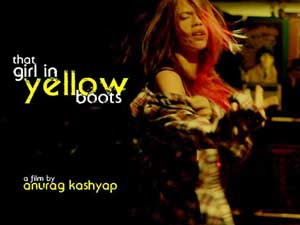 Ladies and gentlemen, the first look of much awaited film of one of my most favorite directors, Anurag Kashyap, is here. 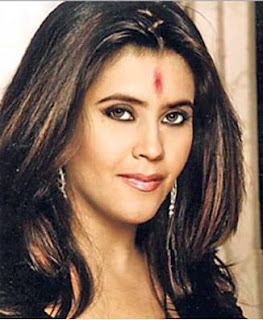 The queen of highly melodramatic soaps, which are often criticized for being regressive by audience of my demographics, shocked her critics by producing one of the most avantgarde and bold Indian film 'Love Sex or Dhokha' and now critically acclaimed 'Once Upon a Time in Mumbai'. Is it time for her to bring in some of the LSD flavour to Indian television?

It will be quite silly to talk about the condition of soaps in the tellyland. Too much has been said already.Finally ToI has published some good stories to bash up the Indian Tellyland. And for the life of me I cant understand what has gone sooo wrong with the my mother's generation. Its horrendous to watch even five minutes of any of these family cum circus dramas and ofcourse the trash they have been making in the name of period drama. Anyways, I dont want to waste my energy in putting out volumes on the level of trash that is being served in the tellyland (But have to mention some good reality shows here which are a much needed breather like Indian Idol, India's Got Talent, Saregama and now ofcourse Khatron ke Khiladi with the spunky Priyanka Chopra , oh and also KBC's new season.)

See, its not like we don't have stuff to watch on TV. We do have our Star Worlds, Zee Cafes, TLCs, NDTV GOOD TIMES, Discoverys etc and a huge number of movie channels. However, that's not the point.

Why cant we have good quality and progressive Hindi soaps too.

Can the bold and progressive Bollywood producer Ekta kapoor please stand up?
I know she sort of started all this but give the lady a break and lets also please request her to come back to tellyland with a vengeance again and this time with some fun family dramas for our moms where the bahus are not laden with three gold necklaces while making chapatis in the kitchen, where they talk to each other like fellow human beings and not like rats and cats.

Lets get a bit quirky and innovative and experimental and bold.
Posted by payal.k at 10:40 AM No comments:

Well most of you are acquainted with the great concept of Joey Moments
Basic Background: So our dear Joey has acquainted me to another super scientific and highly insightful concept of "Moo Point". So when Rachel once asked him that how much should one wait before making a move on someone who has just broken up with someone, Joey obviously gives her the best advice possible: half an hour. But after Monica and Phoebe convinces her against Joey's plan. Then comes the moment when Joey talks about the great concept.
Joey: All right, Rach. The big question is, "does he like you?" All right? Because if he doesn't like you, this is all a moo point.
Rachel: Huh. A moo point?
Joey: Yeah, it's like a cow's opinion. It just doesn't matter. It's moo.
Theory: Basically, Moo point is like a "cow's opinion"!! Doesn't Matter, you see. Wonderful.
Application: Well, all my life I have come across various cows. Most of us have, I guess. Those wannabe "wise ass punks" (borrowed from my last to last post, which is borrowed from Leonardo Di Caprio's dialogue in Basketball Diaries, anyways....)who always want to saddle you with their opinions and unwanted suggestions about everything under the sun. Now that's what I call a collection of Moo Points. I sometimes do get influenced by these shallow, scum of the earth, "wiseless punks".
However, after Joey's theory. I have decided that all these unwanted scraps of advice, opinions and suggestions would be clearly defined and sharply cut moo points in my life. Like a cow;s opinion. Doesn't matter!!
Thanks Joey for always enriching my life with your valuable suggestions (I also take your advice seriously about making the move when someone has just broken up. Half an hour is brilliant):p. Love, Me.
Posted by payal.k at 12:00 AM No comments:

Twist it
Turn it
Turn it back around
Pain
Dark
Loneliness
Plunges deep into the abyss of bliss
I miss one
One out of all
Chaos
A brilliant sparkling light
That's what you are
You know that
Nothing can break this awkwardness
Nothing can take this closeness
Stay away for years if you want
Million
I like this space
I will stay here
Purple
Numb senses
Few questions
No answers
And a lot of love
I wont say it again
Ever!
Posted by payal.k at 10:45 AM No comments:

"Every wise ass punk on the block says it won't happen to them, but it does" 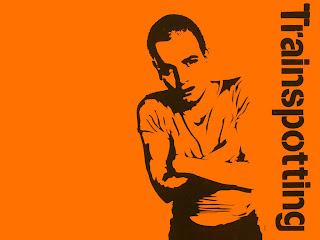 Finally got to see Danny Boyle's much acclaimed film 'Trainspotting' yesterday. Just had some thoughts after watching the movie. The movie is based on heroin addiction and the follow up destruction and resurrection of some characters.Ok, don't get me wrong. I am not comparing movies here but I automatically started thinking about another great movie in this genre after watching this- 'Requiem for a Dream'. 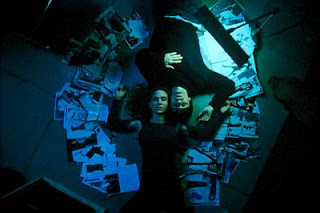 Both the movies are quite different in techniques and even in the type of substance abuse..But one, sort of a, holistic moral theme ( if I can call it) is the fatal destruction of the characters. Now Danny isn't that harsh to the characters I feel and I like this. I know it sounds too moralistic but I always like the open ended endings.I don't necessarily mean "happy" endings.

Anyways, I like the fact that in 'Trainspotting' after repeatedly trying to make the effort to quit, Renton walks away with that money to start a new life. Now this will sound like a cliche but you never know, he might just go crack another heroin deal.He might not be able to quit after all. He did have a cool life in London earlier but he still got back to his smack "for the last time" two times after that. Anyways, the point is that 'Requiem For a dream' shows the complete nasty annihilation of its characters. It goes down and down and down and so deep that the only positive ending can be in "heaven".

Even 'Basketball Diaries' for that matter (which btw is Leonardo DiCaprio's one of the best films) shows the character in real deep filthy shit but I like the way it ends.

In terms of depiction of destruction, I think all the films have excelled. I love the way all these three are shot. Obviously in terms of cinematography, I think the most gorgeous one is 'Requiem for a Dream'. Love those snappy snapshots..Brilliant stuff.
Posted by payal.k at 11:39 PM No comments: