Recommendation of the week: A Seperation 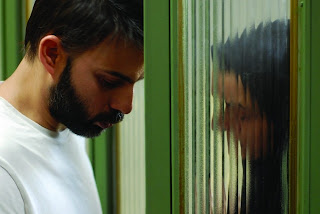 So finally over the weekend, I managed to watch Asghar Farhidi's A Separation which is the first Iranian movie to have won the Oscar in the best foreign language movie category. I would like to begin talking about the movie with its end. It is one of the most beautiful endings I have ever seen. It is simple, yet mind-blowing. It lingers on, till the last credit and then smoothly flows through the screen to be with you for quite sometime.

The script of the movie is pretty interesting. There is no mystery as such but the film keeps taking these interesting turns that make you feel you are watching some sort of strongly interlinked stories, but stories which can just strongly exist on their own too. The film is full of interesting women characters including the two wives and the two daughters and still its not really a feminist story. The filmmaker also pays a lot of attention to details. I like the scene where the accused husband (you will know who I am talking about once you watch the movie), comes to the kitchen and his estranged wife is shown just stubbing the cigarette in the balcony. The wife is almost in the background , out of focus, but is smoking. May be it is just completely my interpretation, but its a very subtle smartly executed scene to sort of show the modernity of a a bourgeois Iranian woman. (I do not mean that smoking a cigarette depicts modernity but it kind of does in this particular context) And because of all the brouhaha in Iran, its done so subtly, in a blink and miss fashion.

There is no massive high or low points in the film, which probably has not worked in my favour. It is very very difficult to sympathize or stay with any character in the movie, the accused, the accuser, the liar, anyone. And this is completely my problem and a pretty much wrong thing to do, but I kept thinking about Jafar Panahi, one of my most favourite directors, while watching the movie. Yes, yes, I know that comparing two filmmakers is not a very intelligent thing to do but like I said, I missed Panahi. His films, even the apparently most simplistic ones, always manage to make me sit up, draw a huge breath and say 'wow'. They have a very Iranian appeal to them if you know what I mean. And except for a few intrinsic minute details, 'A Separation' could have been based anywhere, even in India.

However, 'A Separation' is a must watch, for a simple yet complicated slice of life of normal everyday people and everyday issues in Iran. And for the subtle hints to the whole conflict for a lot of people who want to stay in their homeland and want to get out of it, at the same time. That is the beginning of the film.


My heart's aflutter!
I am standing in the bath tub
crying. Mother, mother
who am I? If he
will just come back once
and kiss me on the face
his coarse hair brush
my temple, it's throbbing!

then I can put on my clothes
I guess, and walk the streets.

I love you. I love you,
but I'm turning to my verses
and my heart is closing
like a fist.

Words! be
sick as I am sick, swoon,
roll back your eyes, a pool,

and I'll stare down
at my wounded beauty
which at best is only a talent
for poetry.

Cannot please, cannot charm or win
what a poet!
and the clear water is thick

with bloody blows on its head.
I embrace a cloud,
but when I soared
it rained.

That's funny! there's blood on my chest
oh yes, I've been carrying bricks
what a funny place to rupture!
and now it is raining on the ailanthus
as I step out onto the window ledge
the tracks below me are smoky and
glistening with a passion for running
I leap into the leaves, green like the sea

Now I am quietly waiting for
the catastrophe of my personality
to seem beautiful again,
and interesting, and modern.

The country is grey and
brown and white in trees,
snows and skies of laughter
always diminishing, less funny
not just darker, not just grey.

It may be the coldest day of
the year, what does he think of
that? I mean, what do I? And if I do,
perhaps I am myself again.

Frank O'Hara
Posted by payal.k at 4:46 AM No comments:

How George Clooney has made a difference to my life 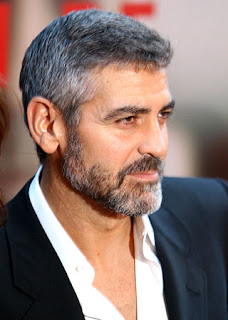 How George Clooney has helped me is definitely not through schadenfreude but something pretty close to it. I know that it is humanly possible to feel some kind of delight in other people's misfortune. Fortunately or Unfortunately, I have not reached that stage yet. It is a truth universally acknowledged that loneliness is not partial towards anyone. It is pretty generous as a matter of fact. You can have as much of it as you want, in abundance. Sometimes you will feel guilty by partaking too much of it. It is charming, interesting, creative and everything but it also makes you miserable, desperate and sometimes a weird version of yourself.

So anyhow, the point is that we all know that there is no dearth of broken souls marred by loneliness. You don't really feel special when you are lonely. However, when you read that the Most handsome, one of the most amazing actors, an icon, a Roman god (Greek is too cliche for Clooney), this man who defines cool feels lonely, then you feel a bit special. Atleast I do. Like I said, it is not schadenfreude, I don't feel happy about Clooney being lonely, an alcoholic, an insomniac, but if the universe can make George Clooney suffer from all this then....
Posted by payal.k at 1:34 AM No comments:

"Writers can sound rather mystical when they talk about these things. Words like inspiration and creativity I’m really rather suspicious of, though I can’t talk about my work for more than thirty seconds without deploying them myself. Sometimes I think that creativity is a matter of seeing, or stumbling over, unobvious similarities between things—like composing a fresh metaphor, but on a more complex scale."

"One night in Hiroshima it occurred to me that the moon behind a certain cloud formation looked very like a painkiller dissolving in a glass of water. I didn’t work toward that simile, it was simply there: I was mugged, as it were, by the similarity between these two very different things. Literary composition can be a similar process. The writer’s real world and the writer’s fictional world are compared, and these comparisons turned into text. But other times literary composition can be a plain old slog, and nothing to do with zones or inspiration. It’s world making and the peopling of those worlds, complete with time lines and heartache."