Finally, he had left the room

There was a fresh coat of paint,
Bright and subtle.
Words on the wall,
Were now a spunky graffiti.
The spaces in between
Were not struggling to breathe.
Finally,
Finally, he had left the room.
Posted by payal.k at 12:39 AM No comments:

We need to talk about this movie 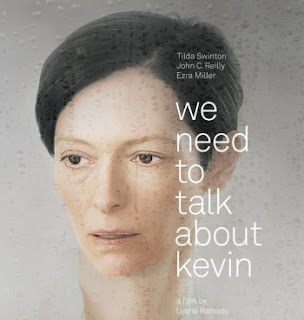 After a lot of average, bad and good movies, I ended up watching 'We Need To Talk About Kevin'. I have been wanting to watch this movie since quite sometime and somehow was sure that it would be worth it but I did not know it would just blow my mind away. It is most defnitely one of the most interesting and dark films I have ever seen. It is based on Lionel Shriver's novel of the same name and is Lynne Ramsay's debut film. What a film to debut with man!

Right from the moment it pops on the screen, the movie weaves an intricate web between the past flashbacks and the present situation of the two protagonists of the film, Eva (Tilda Swinton) and her son Kevin (the teenage Kevin, played by Ezra Miller). Both of whom have done a brilliant job in the film. Actually, even brilliant might be an understatement. Tilda Swinton now comes second close to my most favourite actress Cate Blanchett. This role was most definitely invented for Swinton. And Ezra Miller scared the hell out of me, which basically means that he did a wonderful job! The screenplay is extremely good.

I haven't read the novel so don't know the form in which it is written but the interesting part about the movie is that it is not narrated from anyone's perspective and that makes it all the more fantastic. You can keep swinging your sympathy and blame between Eva and Kevin. Philip French from Guardian.co.uk has done an interesting review of the movie and has discussed some really interesting points. Read his article here

An absolute must watch. Not recommended for women who are expecting. Can be a rather scary experience. Really.
Posted by payal.k at 8:31 AM No comments: