When I saw you smile

This is a bit of what happened,
When I saw you smile
Posted by payal.k at 9:10 AM 2 comments:

"Despite how things end, they always know that the next time they see each other things will begin the same, and this thought alone carries them through each goodbye.

One day, supposedly like any other day, she awakens to find a letter in the mail from him. Firstly, no one writes letters any more. Secondly, he definitely doesn’t. So she knows." http://thisconsciouscollective.tumblr.com/
Posted by payal.k at 5:47 AM No comments:

Hello folks. This time I have two movie recommendations for you guys. One of them is playing in theatres right now and you need to beg, borrow, download, steal or buy the other one. 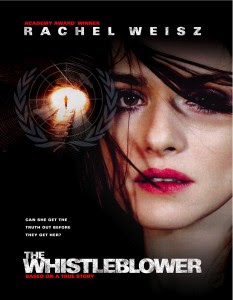 Even though watching The Whistleblower at a late night show was not such a good idea as my sleep was infected with vivid nightmares. However, probably that was one of the aims of the movie. It is based on the true story of Kathryn Bolkovac, an American police officer, who had joined the gender department of the United Nations in Bosnia.

The movie was shocking at various levels. It brings alive on the screen the absolute horrors of the human trafficking issue, which, as we all know, is not limited to that part of the globe. It is almost ubiquitous. And what the movie made me realise was that we hardly get any news about human trafficking crimes which just shows that this issue is always swept under the carpet. I had not read up about this woman's story before watching the movie so like a naïve watcher and going by the title of the movie that justice was eventually meted out to her. But to my utter amazement, the movie told me that this woman is still jobless and nothing came out of the whole case. Even if you do Google search now, you will realise that very little information is available about her. Just four five lines in Wikipedia and a few interviews which ironically happened after the movie. A must watch. By the way, its the directorial debut of Larysa Kondracki. Highly impressive! 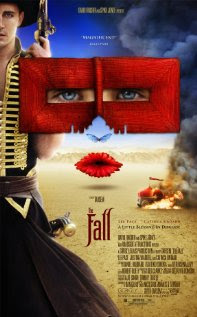 Tarsem Singh's ambitious project, The Fall , is like soothing music for the eyes. It flows like a poem. It is so beautifully shot that you want to pause and absorb most of the visuals. The great screenplay and cinematography are also accompanied by a sweet and interesting story of relationship between a little girl with fractured hand and a heart broken film stuntman who wants to commit suicide. There is a fascinating concocted story within the story. Gradually, the fantastical becomes reality and the reality become fantastical. This movie has to be watched for its beauty, for its glory, for its story, for its clever innocence and for the little girl Alexandria (played by Catinca Untaru)
Posted by payal.k at 2:11 AM 1 comment:

Email ThisBlogThis!Share to TwitterShare to FacebookShare to Pinterest
Labels: Recommendation of the week, Tarsem Singh, The fall, The whistleblower

She never thought she would fall

She sat resting her arms on the moon,
Eating it bit by bit.
Chewing it, almost with malice,
And deep love.
She never thought she would fall.
Posted by payal.k at 10:11 AM No comments:

Email ThisBlogThis!Share to TwitterShare to FacebookShare to Pinterest
Labels: Amy Winehouse, What is it about men
Newer Posts Older Posts Home
Subscribe to: Posts (Atom)