I need ink and paper 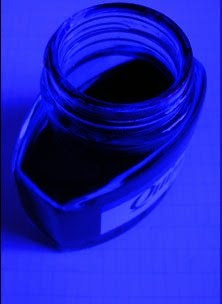 Food for thought,
Thought for soul,
Yes, I do need some.
Poems of some great writers,
Words of the lesser known,
Lyrics but no music.
World is but my imagination.
I need wings.
I am not Icarus.
I would fly to the sun.

I need to be a part of the scene,
The vibrant black scene.
I am in a jail, rotting away,
Writing gibberish and undiscovered words.
The ink is over and there is no more paper.
Posted by payal.k at 11:42 PM 2 comments: 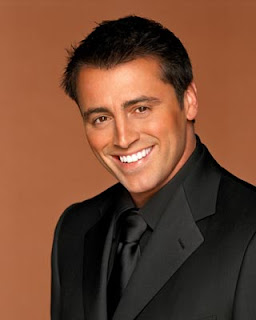 Once I was having a conversation with one of my great friends and she goes like "...And I had a Joey Moment!" Joey Moment! What the hell is a Joey Moment? She then explained me the connection: Sitcom Friends-Joey's character- moments when you make a complete ass of yourself and interestingly only you know about it! If you are all by yourself Joey moment deserves a full-fledged laughter track but if you are with someone and have realised that you have had a Joey moment then the laughter track has to be in a thought bubble.

So basically, recently I have had a flood of Joey moments and I felt so proud of myself that I decided this deserves a great chapter on my blog. So here are FEW examples. I am generally an extremely “lost” person but recently, every morning I have been doing some or the other goof ups. Sorry, I have been experiencing Joey moments.

Three days back, I made a cup of tea for myself in the morning and while the tea was on the stove, I put some coffee in a mug and then poured the tea over it.

Two days back, I took my loofah and then took my shampoo and then (yeah u guessed it), poured the shampoo on the loofah and almost scrubbed myself with it!

Generally all these moments have been a part of my super-lazy, I-hate-to-get-up morning life, but there is one Joey moment which took place in the night too, pretty recently!

Here is how it goes. I had couple of beers with couple of friends. And it is a universally acknowledged truth that you feel pee-pee after u have had some amazing chilled beers. That day for some reason I couldn’t use the nearby available washroom. I got home and decided to use my luxurious loo for the great purpose. As I reached till the main door, I was talking to this friend of mine and as the door latch was not on , I presumed that my roomie is at home so decided not to hunt for the key in my bag. I resumed my conversation and simultaneously banged on the door. After approx two-three minutes i realised that most probably my roomie is not at home. Thats when the doom struck.

I kept the phone down and began the hunt for the key in my huuuuge bag in which everything is always badly jumbled up and it’s almost like finding a secret key to a great fortune in a deep dark abyss with lot of enemies to stop you and stuff. Anyways after some minutes, my urge to use the loo was at its peak and there was no sign of the key in the abyss. Out of desperation, I sat down and threw half of the stuff from the bag out. While I was sorting my life out, it happened. There! I had peed in my pants! (Only a lil!!!!). Now this was the first part of the Joey Moment, the second part was that I was not wearing my own jeans but my roomie’s jeans.

Anyways, these were the only few JMs that can be discussed in the public domain. I would love to hear about your Joey Moments:) 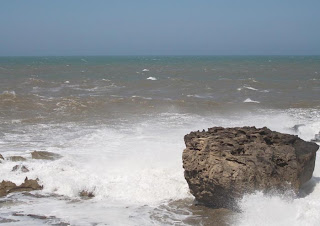 So you are the lonely one?
He said or asked.
A flickering smile crossed my lips.
I rested against the wall and took a sip of my drink.
As lonely as a rock in the middle of the vast sea?
As lonely as a fish in the aquarium?
As lonely as a writer’s dusty book in a library?
Not really.
I wanted to hold his hand once but didn’t.
Posted by payal.k at 4:39 AM 1 comment:

http://adscam.typepad.com/my_weblog/2009/02/yes-facebook-will-show-a-profit-eventually-perhaps-maybe-who-the-fuck-knows.html
Basically this dude got me thinking...Please go to the link and then come right back here...

Hmm...so whadya think?? Is facebook worth the hype?? Are all the facebookers maniacs/losers/depressive/whatever?
Well, have read two-three such super facebook-anti posts and went into a thinking mode..
I thought a lot. And I came to a conclusion that we actually need to leave the poor guy (Facebook ofcourse) alone.
In the sense that it is after all quite a good way to keep in "touch". I know some people do get overboard with pooch's pics and all but then the normal users use it pretty decently and to their advantage.
For example, I don't have a digicam. Recently, I went for this Goa trip with a b

unch of friends and there were some memorable, hilarious, fun, tacky, nonsensical moments. Obviously, I told everyone that I am taking pics from them...In the next few days after our trip, the Facebook was flooded with around 6-7 albums for our Great Goa Trip...And being the smart girl that I am ;), I selected all the best images from all the albums and made my own Great Goa Trip album. So that was an example of wise use of Facebook!!!
Another example, you can always check out he profile/pics/info of your latest crush/fun crush and feel stupid/silly/happy/lusty/lovey-dovey/whateva!!!! Flirting is also not so bad on facebook...go there and post some fun comment on the wall/pic (Ok poking is a little silly)
For that matter, even the Status Message (criticised by lot of anti-facebook guys) is not such a bad thing after all.. You can actually use your creativity to write some fun/intelligent status line!!

So, one can make "intelligent" use of the portal. So all ye anti-facebook guys please give the poor thing a break.

PS: The only thing I agree with is that it might not be able to monetise because till date I have never paid attention to any ads. But I am sure the Facebook guys can think of little more innovative ways to earn their butter (and bread)!!!
Posted by payal.k at 5:44 AM 4 comments: