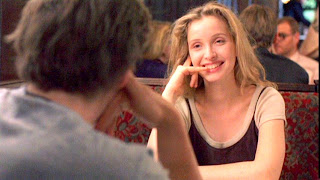 "I always feel this pressure of being a strong and independent icon of womanhood, and without making it look my whole life is revolving around some guy. But loving someone, and being loved means so much to me. We always make fun of it and stuff. But isn't everything we do in life a way to be loved a little more?"
Posted by payal.k at 10:57 AM 1 comment:

The Poet. The Muse

Let this just be a tryst with words
Feelings, as you say, are flimsy
And the poet, I hear, isn't feeling well
Posted by payal.k at 2:16 AM 1 comment:

The butterfly that came out of cocoon 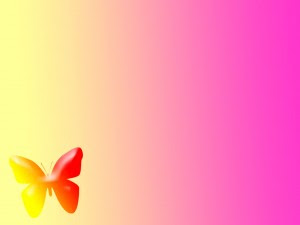 A period of near renaissance
For the butterfly that was cocooned
In a shell, warped, heavy and claustrophobic
Lack of love made it worse
The shell was rude and indecipherable
Glass eyes, plastic smile
That’s all she was accustomed to
Near death, near life
Her world was all about empty lies
Too much longing and yet pride

It was dark outside too
But it was night
A lovely moonlight shone on her
Though flowers weren’t that bright
They snuggled upto her
And she felt like a stranger
With the warmth of winter
The butterfly that came out of cocoon
Treasured the shell for all it was worth
It might come handy in rains, she thought
But for now
She was soaking it all in
The flowers, the moonlight
And the rain 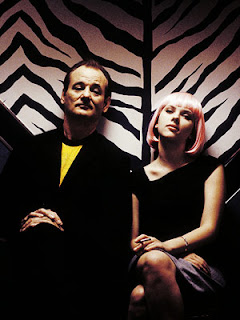 I have to confess that after recently watching Sofia Coppola's Lost in Translation I was almost angry at Coppola for not telling me what did Bill Murray whisper in the teary eyed Scarlett Johansson's ears at the end of the movie which left her beaming. I wanted to be a witness to that intensely private moment of both the protagonists. But alas, Coppola left me out. However, the more I thought about the movie and the end after I switched off the screen, the more I fell in love with it and the fact that Coppola allowed me and the other audiences to witness that crucial, lovely and private moment only from a distance.

"Lost in translation" is almost a ubiquitous phrase if I can loosely substitute "translation" for "interpretation". We are in "Lost in translation" state almost all the time. Atleast I am. Its like a definition of a poem, which is open to so many interpretations. It is a definition for a writer like Murakami or Marquez (both my favourites) who often leave us wondering with their dexterity in weaving magical web of words. However, do you really want to arrive at a close-ended interpretation of a poem or beautiful stories by these writers. Or would you rather enjoy their open-endedness and then explore various versions of "translation" in your head. Isn't that more inetresting?

Just imagine me knocking on the grave of one of my favourite poets, William Blake and asking him as to what was he thinking when he wrote a particular poem. What were his exact thoughts at that moment. I think he would want to punch me on my nose for disturbing him for something so silly. And I would seem like a journalist for Aaj Tak or India TV for asking the most ridiculous questions ever. Why would he want to explain why he wrote what he wrote. Tennyson wouldn't want to describe 'Lady of Shalott' to you ever. He did that already, in his poem.

Murakami creates a guy in 'Nausea 1979' (one of the short stories from Blind Willow, Sleeping Woman) who is a serial flirt, who only has affairs with married women and then one day he develops a bizarre vomiting disease where he would vomit everyday. There are prank calls too. It happens for 40 days and then it never happens again. Was there ever a relation of his vomiting with his serial flirting with married women. Murakami wouldn't answer that. You shouldn't even ask that. It is just interesting as it is. Open-endedness is one of the most beautiful things in life according to me. I wouldn't ever want to disturb that to arrive at one single fucking boring conclusion, especially if I feel the writer doesn't want me too.

Its the funniest thing to ever ask someone to explain their poems, short stories etc. How can you explain that to someone. If you don't get it, its absolutely fine. Live with it. If you like it, then interpret it as your private moment. But don't ask the writer to re-create/re-enact/re-explain the private moment of their life when they wrote that particular poem, story or novel.

When I was doing my graduation in English Literature, we had atleast 10 books by critics on one novel by a particular writer. All with their own "translations"/"Interpretations". I would always enjoy reading all and never believing in even one. Because there is nothing right or wrong with any of those. Its each individual's own version of someone else's words and that's how it is intended to be Or so I think :)
Posted by payal.k at 3:28 AM 1 comment: 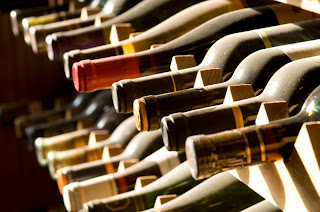 And I totally mean it in a good way. I am weird. I have always been fascinated with old age. When people in their 20s actually dream about what all they want to "achieve" in their 20s-30s-40s (some even go on till 50s), I like to think about my 40s (which is definitely my retirement age). I can already see myself living in a sea facing house (If I am not rich even by that time, it could just be a tiny shack but that's absolutely fine with me :)).

Oh, it will be a super romantic life, with absolutely no "Work". The hugest stack of books. Movies. Some really awesome music. Coffee. A huge collection of wine glasses and a huge collection of filled and empty wine bottles, some of the most awesome ingredients to cook up some divine food.And before I get carried away and reveal my other secret ideas for the retirement plan, let me introduce you to the point.

I can already feel this whole old age vibe gradually (sometimes at a snail's pace) slithering all over me. It just sort of envelopes me with this awesome calmness and happiness which cannot even be described. This is a really nice place to be in. And I just hope that as the days and years increase, I enjoy nothingness more and more. So take your grumpiness, questions, complaints, demands etc somewhere else. I might not even be listening! :)

PS: Traveling to Sula Vineyards next weekend to start the retirement fund! :)
Posted by payal.k at 3:33 AM 1 comment: